Transnational criminal organizations finance part of their illicit operations through various economic activities. One of these is illicit trade, whether in the form of contraband or counterfeiting, for which they use the network of logistics platforms, warehouses and companies in free trade zones.

In 2018 the OECD stressed this in its report “Trade in Counterfeit Goods and Free Trade Zone” where it argues that exports of counterfeit products and pirates from a country or an economy increase in parallel with the number and size of free trade zones of that country.

Among the most illegally traded products to generate illicit resources are medicines, alcohol drinks and cigarettes, and more recently, goods related to the prevention and fight against COVID-19.

Contraband in cigarettes is a huge threat to the security of countries in the Caribbean and worldwide, as it funds activities of local gangs, transnational criminal structures and even actions by terrorist groups that often find on the beaches of Caribbean, an ideal refuge and a hub of operations.

Criminal structures related to cigarette smuggling use the benefits of free zones to import, re-export and store millions of illegal cigarettes that generate millions in annual profits, which also encourages money laundering. Part of these profits are used to purchase illegal weapons, technology, means of transport, and to finance corruption and inject cash to the daily operations of local gangs. At the same time, governments stop collecting taxes needed for investment in social projects and this impacts on public health, as low prices for illegal cigarettes promotes early-age smoking as it facilitates access to tobacco. 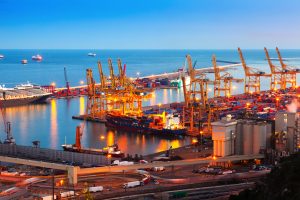 “We see this reality in The Northern  Triangle of Central America ( El Salvador, Guatemala and Honduras) where “MS13” and “Barrio 18” gangs control the territory and the illicit trade. In this case, illegal cigarettes come mainly from the free zone of Belize. We also see it in countries like Jamaica, Trinidad and Tobago, the Dominican Republic, Suriname and Aruba that are using the free zones to move containers between countries and flood local markets with illegal products”, said Mr. Alejo Campos, Regional Director of Crime Stoppers for the Caribbean, Bermuda and Latin-America.

“In Crime Stoppers we have made a commitment to support the authorities in all countries to combat this global security problem with regional effects. The effective fight against organized crime must be implemented through the pursuit of its economic and financial resources, it sources of illegal income, where the cigarette smuggling is one of them”.

We are working with the public and private sectors to launch an anonymous reporting platform for contraband cigarettes in Jamaica, Belize, Trinidad and Tobago in coordination with the Caribbean Custom and Law Enforcement Council (CCLEC) and national authorities in each of those country. The platform is available on the webpage www.cblacrimestoppers.com  and it’s working to receive anonymous reports on places where the contraband cigarettes are sold, stored and transported, free trade zones included”, added Mr. Campos.

In Jamaica, for example, the main brands that are illegally sold are Sunny, Tradition and Vybz; in Trinidad and Tobago the most selling brands are Convay, Miles, Carnival, Yunxi, Zon and Sunny.

In Panama, the Colon Free Zone signed a special regulation in 2019 to register the companies that market tobacco products in order to increase controls and traceability of the supply chain. At the same time, the Protocol to Eliminate Illicit Trade in Tobacco Products of the WHO Framework Convention on Tobacco Control (WHO FCTC) that came into effect in 2018, in its 21st article, specifically refers to “Free Zones and International Transit”. This year the deadline of the Protocol expires for the ratification of countries to implement effective controls on all manufacturing and all transactions with tobacco and tobacco products in free zones. It also establishes that the tobacco products may not be mixed with other products in a container or other means of transport. Control measures and verification of international transit or transshipment, within a territory, of tobacco products must also be implemented.

Improving and implementing special regulations within the Free Zones will help to fight the global smuggling of cigarettes, without being transformed into bans that increases illegal trade in countries.

If you have information about cigarette contraband, report anonymously on www.cblacrimestoppers.com