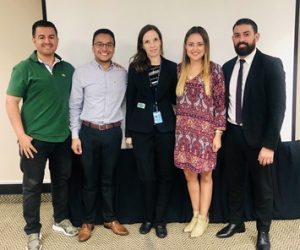 PANAMA, REPUBLIC OF PANAMA (July 22, 2019) – UNODC and Crime Stoppers, in collaboration with Uber delivered information sessions to Driver Partners about human trafficking, useful tips to identify possible situations, and how to report anonymously.

“Unfortunately, human trafficking is a global problem that impacts different regions of Latin America. As part of our commitment for the communities where we operate, we are facilitating the approaching between expert organizations on the subject, such as UNODC and Crime Stoppers, and the Driver Partners registered in the Uber

app, because we know that they can witness of possible cases.” Stated Ana Lorena Vigil, Uber Police Liaison Manager for Latin America and the Caribbean.

According to the UNODC Global Trafficking in Persons Report in Central America and the Caribbean, the majority of victims detected in 2016 were girls. Along with the number of cases of adult women, the proportion of female victims of trafficking detected in this sub region amounts to 80%. In addition, the proportion of minors (girls and boys) was 66% in 2016, one of the highest proportions of trafficked minors registered worldwide. [1]

In Panama, according to the statistics of the National Police from 2014 to 2018, 237 victims were rescued in 30 operations and 18 convictions.

“The joint effort reinforces the link between the fight against this crime and the fulfillment of the Sustainable Development Goals of the 2030 Agenda, in particular, 5-Gender Equality and 16-Peace, Justice and Strong Institutions,” she said. Lourdes Gutiérrez, Project Coordinator against Trafficking in Persons and Illicit Traffic in Migrants of the UNODC Regional Office for Central America and the Caribbean.

“Human trafficking is a reality that is increasing in Latin America and of which we can all be victims. Crime Stoppers is committed with the prevention and combat, in the possibility of saving lives and persecuting the transnational networks that operate in the countries. As a precedent crime for money laundering, it is essential to stop it working in a multisectoral and regional way; citizen participation is essential to achieve the goal. ” stated Alejo Campos, Regional Director of Crime Stoppers for the Caribbean, Bermuda and Latin America.

During the sessions, the Driver Partners registered in the Uber app were invited to report anonymously directly on the website www.tupista.org

organization is focused, especially in Latin America where it operates through the website www.tupista.org 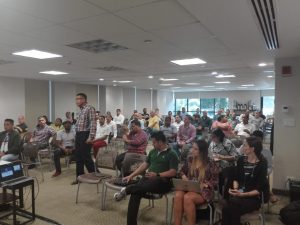