Marketer and distributor of cigarettes and tobacco-related products Carreras Limited is again crying foul as it says the illicit cigarette trade continues to eat into its profit margins. 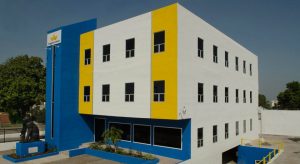 Not only is it bad for business but Carreras said it was depriving the government of much needed taxes.

The illicit trade accounts for an estimated 21 per cent of the market share which Carreras admitted had been higher in the past but still remains a threat to their business.

While Carreras managing director, Raoul Glynn, noted the work being done by the Counter-Terrorism and Organised Crime (CTOC) branch, as well as the Jamaica Customs Agency to address the issue, he continues to advocate for more law reform.

Particularly in light of a recent study conducted by the distributor which revealed a proliferation of new and existing brands that have become increasingly available in major towns and small communities across the island, which has been underselling legitimate brands for as low as J$25 per stick

Glynn said he wanted the government to review the legislation on the penalties and fines associated with the illicit trade.

According to Glynn, he believes there should be tougher penalties as a deterrent for violators.

He further added that addressing the threat of illicit trade requires a multi-stakeholder approach coupled with the political will of government officials at all levels to prioritise the problem.

Another recommendation he suggested is the need for robust border and port protection mechanisms and the investment in enforcement measures.

Protection at the ports, Glynn said, will have an immediate effect on his business.

Glynn explained that his business had in the past suffered due to high taxes on legal tobacco products which allowed the illicit cigarette trade to thrive.